Living in a time in which “rappers” are as common and repetitive as fast food restaurants on every corner, 2-Tone Eternal brings a delectable blend of palate pleasing flows and mentally stimulating rhymes.

His music reverberates with both passion and pain, incorporating a versatility that reflects 2-Tone Eternal’s unique life story. Born Thomas Dan Pecora, the eldest son to a blue-collar, Italian immigrant in the North Marketview Heights section in what is known as the “Fatal Crescent” of Rochester, NY, 2-Tone Eternal walks the earth as a living testimony of how he dramatically changed his life from the streets to becoming an educated and empowering emcee.

Gaining a reputation in the neighborhood as “the kid who knows ALL the rap songs,” 2-Tone Eternal would memorize his favorite lyrics, from his favorite rappers, and perform for friends and family. Eventually, he started to capture his own unique experiences; designing original lyrics that evolved into his first collection of songs by the age of 14. This became one of 2-Tone Eternal’s main outlets to escape from inner city struggles and a broken home.

2-Tone Eternal has practically seen and experienced it all. His father couldn’t speak English and did not understand American street culture, which led to him feeling isolated as his mother’s severe alcoholism evolved into a crack cocaine addiction. As a result, his mother’s depression, sexual promiscuity and suicidal attempts left 2-Tone Eternal feeling lost and in search of love, appreciation and acceptance. 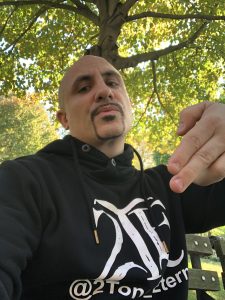 He eventually turned to the streets and started spraying graffiti, hanging out with local gang members and getting into trouble with the law. After experiencing being locked up just after turning 16 years old, being shot at and witnessing several of his friends die from gunshot wounds, 2-Tone Eternal decided to make some life-changes.

Triumphantly, 2-Tone Eternal went from being a 9th grade dropout to earning his GED, along with both a Bachelor and Master degree. He even taught as an adjunct professor at Hunter College in NYC. 2-Tone Eternal has served as a professional educator for 12+ years in public and charter schools in NYC (The Bronx) and Atlanta, GA.

Furthermore, his experiences in higher education took his lyrical vernacular and consciousness to an even greater level. It also helped him reconnect with his musical Hip-Hop roots and brought an entirely new and broader audience of listeners to his door. 2-Tone Eternal was becoming known for his raw delivery and genuine content in street cyphers, winning numerous freestyle battles in Upstate NY, and performing in various underground venues across New York City. As a writer, 2-Tone Eternal has over 200 songs to his credit. Additionally, he has been featured on several radio stations and has over 20 years of live performance experience. 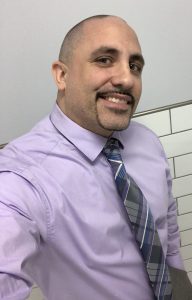 In late 2013, shortly after relocating to Atlanta, Georgia and launching 2nd Life Entertainment, LLC—his independent record label, 2-Tone Eternal hit the studio and recorded over a dozen songs, which were originally intended to compile his former debut album entitled, There’s 2 Sides To Everything. However, aside from Organic Flow – Single (2014), those songs were not officially released due to an improved focus on his writing and content creation, after enduring through more personal hardships including his divorce in mid-2016.

Although he has multiple groups of songs registered with the U.S. Copyright Office that date back to 1997 under the pseudonym 2-Tone, due to not releasing any content until recent times and other artists having released content under some form of the name, it was in his best interest to revise his artist name to differentiate his brand and identity. The name 2-T.O.N.E. is an acronym that translates as such; the “2” represents the earthly (body) and spiritual (spirit) swords, which is earthly and spiritual wisdom. Further, when combined and used properly, the 2 brings forth the Truth that Onslaughts Negative Energy. With that being said, Organic Flow – Single (2014) was released under 2-T.O.N.E. and Stripper Pole – Single (2017) was released under 2-TONE. Since his label is 2nd Life Entertainment, LLC, which implies a consciousness of the “eternal” spiritual realm or afterlife, in March of 2018, the final and permanent version of his artist name evolved into 2-Tone Eternal.

Currently, 2-Tone Eternal is actively networking and connecting with producers, promoters and social media specialists in efforts to build a respected and original brand. He has fully written and professionally recorded his powerful new debut album entitled, A Dollar & A Dream, which was released on Friday, October 18, 2019 on all major digital music streaming platforms. It includes production from Marvlus Beats of Philadelphia, PA, AsideOne and Dange Beats of the Russian Federation, and Supa Crank It of Atlanta, GA. A Dollar & A Dream also features a dope collaboration track (previously released as a single) with female rapper 3D Na’Tee from New Orleans, on a song entitled Set It Off, along with the singles She Do It for the Money and The Enemy Within. In addition, the entire album has been mastered by Colin Leonard of SING Mastering, who is credited as mastering engineer on numerous top-selling industry projects such as Cardi B’s Grammy Award-winning, Invasion of Privacy. 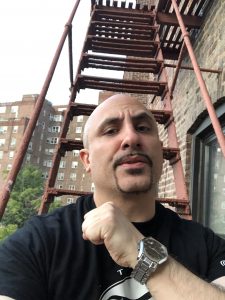 2-Tone Eternal relocated back to The Bronx, NY in January of 2019 for a better employment opportunity. After recovering from a hit-and-run car accident, losing thousands of dollars to unprofessional music industry reps and being backstabbed by people close to him, 2-Tone Eternal has never been more motivated and excited to drop his debut album, A Dollar & A Dream, after it had to be postponed for 1.5 years.

As a result of living through years of pain and adversity and channeling that energy into something positive, 2-Tone Eternal brings a realness and passion to his music that is influenced by Hip-Hop greats such as 2Pac, Nas, Rakim and Kendrick Lamar. His message is to love yourself and follow your dreams amidst any hardship. In due time, 2-Tone Eternal hopes to share his personal story and bless the mic at a local venue near you!